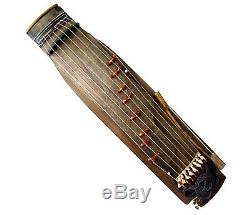 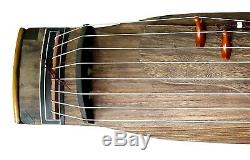 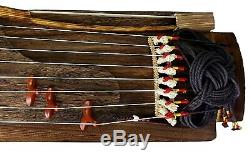 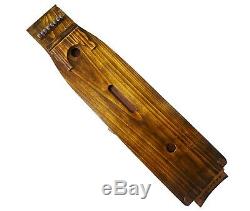 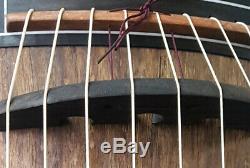 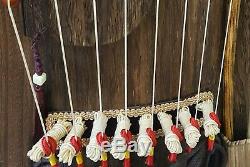 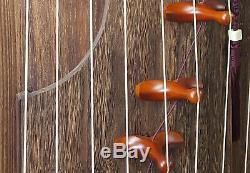 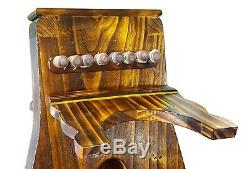 AJAENG _ KOREAN BOWED STRING INSTRUMENT, Korean zither sanjo ajaeng. The ajaeng is a Korean string instrument. It is a wide zither with strings made of twisted silk, played by means of a slender stick made of forsythia wood, which is scraped against the strings in the manner of a bow. The original version of the instrument, and that used in court music (called the jeongak ajaeng), has seven strings, while the ajaeng used for sanjo and sinawi (called the sanjo ajaeng) has eight strings; some instruments may have up to nine strings. The ajaeng is generally played while seated on the floor.

It has a tone similar to that of a cello, but raspier. Some contemporary players prefer to use an actual horsehair bow rather than a stick, believing the sound to be smoother. The instrument is used in court, aristocratic, and folk music, as well as in contemporary classical music and film scores. Size: 140 x 30 x 13cm.

We guarantee that this product is a masterpiece of superb craftsmanship. Instrument maker : The Intangible Cultural Properties Seoul No. The item "AJAENG Korean Bowed String Instrument / Korean zither sanjo ajaeng" is in sale since Thursday, May 9, 2019. This item is in the category "Musical Instruments & Gear\String\Folk & World\Autoharps & Zithers". The seller is "orientalopus" and is located in Seoul. This item can be shipped worldwide.